Burns night
Well tonight is the night that all good English men and women stay locked in their homes for fear of being hunted down by the Scots and their snarling packs of hunting haggises. It is Burns night when the Scots celebrate the birth if their national poet Robert Burns. So I thought I would have a little look at the preferred Scottish weapon of Ass destruction.
The Tawse
I found the following account of how the Tawse came to be at this site Lochgelly Tawse. The site also has a set of videos on how a tawse is made.

It all started with a saddler called Robert Philp who had a saddlery / Iron mongers shop in Main Street, Lochgelly. The first tawse was made for Robert’s son and daughter who had both become teachers. He supplied them with a belt each and it fitted the bill so well that other teachers wanted them. Prior to this children were soundly beaten using anything from a stick, cane, ruler, slipper or makeshift leather strap often procured from old harness. 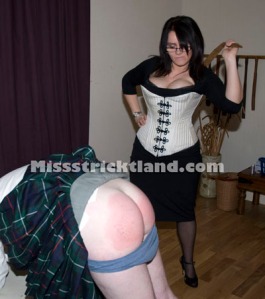 And this is a Tawse being used by Miss Stricktland (who I believe is English). The Bad Scotsman at the receiving end is obviously being corrected for the terrible crime of wearing underpants beneath his kilt. (The photo came from Full Force Ladies)

To any Scots out there, enjoy Burns night and please don’t set any vicious haggises on me

Unlike most new years this starts on a different date every year, which confuses me greatly. This year it starts on the 26th of January and many people will be celebrating the start of the year of the Ox.
Happy Year of the Ox every body 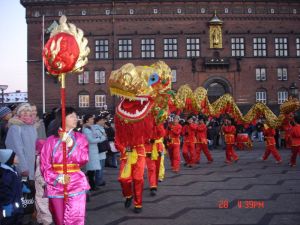 I wonder if anyone will be celebrating with a traditional Chinese spanking? 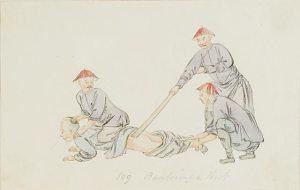 Posted in feast days. Bookmark the permalink.
← >Goobyeeee Our Kinky Blog – New Blog For The Roll – The Spanking zone – Real tears Blog – And A Clip
>Webwarper has violated this blog – And Happy (Belated) Australia Day →