I was just thinking the other day “What would I do if I wasn’t a Hortic?” Two options seemed strangely attractive to me.

Or a body cast maker

Oh well, back to the plants

If you like these images or any others in this blog, you can vote for them for the monthly, Top Of The Click Pops by clicking or right clicking on them. The top five are posted at or near the beginning of every month, for the previous months result.

This blog is not as it usually is. For more details visit this post This Blog Is On Tick Over.

Posted in things and tagged Things. Bookmark the permalink.

Before you continue with this post, please realize that no babies or other underage people are involved in this activity in this post.

How to give yourself a public self spanking at the pool

To spank the baby is actually a form of diving, using a springy diving board. As illustrated in this video.

If done repeatedly it must count as a serious self spanking. A bottom getting multiple impacts from a large springy piece of wood has to end up red and sore. I have to admire this guy for doing it at some height too.

If anyone wants to try this form of self spanking, here is a useful instruction video.

Has any spanko out there, ever spanked the baby in this way?

Questionable March – And Too Angry!

Ask me a question

Apparently it is going round some of the blogs that this March is the time to ask blog owners questions. So I dare you to delve into my mind and psyche and I will do my best to answer as I can. Alternatively, no one can ask a question and that will make me cry.

How angry is too angry?

That ticking off before getting a butt warming can be a wonderful part of a spanking but as with all things too, much can be not good. I would like now to explore good angry versus bad angry using photographs to illustrate. 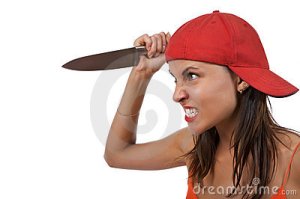 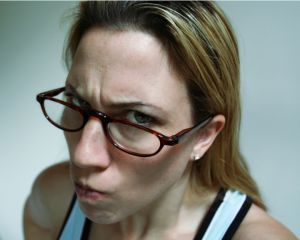 So that’s how she got her nickname 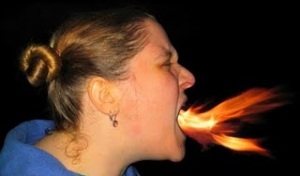 Or was it the curry that I made for her?

Just how old is this game?

Many of you may have played this game, even Elizabeth Hurley admits to having played it. I know that I have but I knew it as “Guess the spanker”.

One player sits down, another player is blindfolded, kneels, and places his/her head in the sitter’s lap. The kneeler places an open hand on his/her back, with palm uppermost, which other players take it in turns to strike, and the kneeler must guess who has struck the blow.

Except the version that I played had mine and other peoples back sides glowing, before it was finished.

But it has been going on for some time

Originally I presumed it to be a Victorian parlour game but last week I heard on the radio that this game had been defined in the first English Dictionary, written by Samuel Johnson dating it as far back as 1746.My curiosity aroused, I engaged on a little internet search mission and found this page Hot Cockles: Information from Answers.com that stated that this game may have been going on since the 14th century.

So rather than the hundred and something years that  I thought this game had been played, it looks like it has been going on for seven hundred years or more. Long may this traditional spanko game continue.

And here endeth the history lesson 🙂

We usually expect Corporal Punishment on a ship to be something along the lines of the image above but there was a more tame and fun based version. 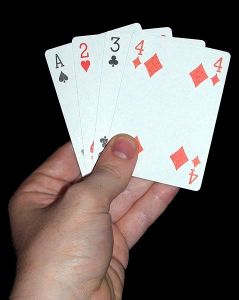 This was a card game popular with 19th century sailors and the loser would be hit on the palms of the hand with a twisted  or knotted handkerchief. Although I performed extensive internet research, I could find out little about this game, how the implement was prepared or how many swats the loser could expect to receive. All I could find were simple definitions like this one.

An obscure card game from the 19th century.

A popular sea-game with cards, wherein the loser is beaten over the palms of the hands with a handkerchief tightly twisted like a rope.

Still, it is nice to know that there was some light hearted CP play at sea and not only the brutally bloody floggings, that we have all heard about.

Posted in things and tagged Things. Bookmark the permalink. 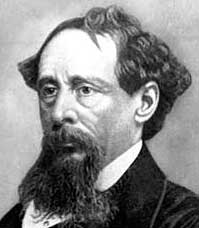 Today, the 7th of February, is the 200th birthday of Charles Dickens. The thing that Mr Dickens left the spanking world was the wonderful word that sums up the atmosphere of the attitude of the Victorian era and that word is Dickensian. When I hear this word it just sends my imagination spiraling. Here are just a few examples of what surges into my imagination.

All those wonderful uniforms and overly restricting dress styles of the period.

Governess, Lady of the house or other feminine authority figure, who’s wrath and harsh punishments where to be feared. 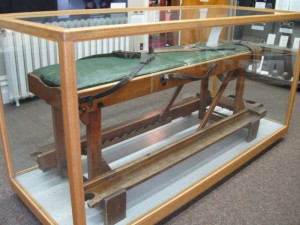 Of restraint, punishment, confinement. The people of the Dickensian era had such a broad and inventive bent when it came to thinking up such things.

Brutal, hard and nearly always of a corporal nature.

Things Dickensian are wonderful to fantasize about and can make excellent play scenes but I think that we should be glad that we did not have to live through the harsh reality of that period of history.

And thank you for a wonderful word